Model Overview
The 2014 Mustang comes in a wide range of models, ranging from casual sunny-day cruising or daily commuting to serious performance. Both coupe and convertible body styles are offered in V6, V6 Premium, GT and GT Premium models.
All Mustang models are 4-seaters; although convertibles are somewhat smaller in back, they're still a bit better for backseat space than most other convertibles. The power soft-top arrangement in Mustangs is tight and weatherproof and takes up very little trunk space.

Base Mustang models come with a 3.7L V6 making 305 horsepower and 280 pound-feet of torque. Meanwhile, all GT models come with a 5.0L V8 rated at 420 horsepower. A 6-speed manual transmission is standard on all Mustangs, while an optional 6-speed automatic with SelectShift toggle allows you to click up or down a gear with full manual control.

All 2014 Mustang models come with electric power steering, which saves fuel compared to hydraulic systems and is quite precise and nicely weighted in the Mustang. The system also has features that might reduce fatigue from crosswinds and "wheel shimmy."

Both engines utilize Ford's Ti-VCT variable valve timing system, which affords both impressive high-rev power, strong torque at low revs, and great gas mileage--with EPA ratings of up to 31 mpg on the highway for the V6.

Base models of the Mustang include cruise control, air conditioning, a CD sound system with auxiliary input, remote keyless entry and Ford's MyKey system, which allows parents to place limits on performance, or to set up alerts on vehicle use. GT models include an upgraded appearance throughout, including painted aluminum wheels, dual exhaust, LED fog lamps, body-color blind spot mirrors, and aluminum pedals and scuff plates. On either of these models, Premium versions add leather seats, a MyColor customizable interior lighting system, a universal garage-door opener, an upgraded Shaker sound system with subwoofers and Sirius satellite radio, and Sync hands-free calling. 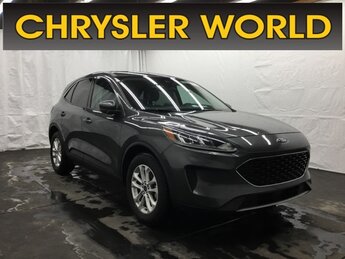